Gletcher version of the NGT with high quality rifled barrel.

The Belgian revolver Nagant was a particularly popular model in the early twentieth century in Russia and later in the Soviet Union. It was used in both World Wars. For this reason, the Gletcher version was included in the Russian Legends? series of air guns. This seven-shot revolver featured a unique cylinder that is reloaded one bullet at a time through a loading gate. Version of the Gletcher NGT R revolver with safety lock.

Gletcher Nagant M1895 Revolver  is powered by a 12g CO2 capsule.
Nagant Revolver is very realistic, loading as you would the original with it's 7 imitation cartridges / bullets each loaded with a 177 / 4.5mm air pellet.
The Nagant Revolver can be fired double action or Single Action, shooting 7 separate imitation cartridges that are loaded just like the original revolver into the cylinder. The cartridges can be loaded one at a time through the gate or the cylinder can be dropped out and all 7 loaded at once.

All metal - all-alloy construction body. This WWII revolver is just like the original, very realistic, great addition to any collection.

In the UK you must be over 18 to purchase one of these awesome replica Nagant revolvers - No licence required in England or Wales.

The Second World War was a period of great prosperity for small arms. During these grave years of conflict, the merits and excellence of personal weapons were at their peak. Weapons from this era are classic masterpieces.

Russia adopted Belgian Nagant revolver in 1895. It was a standard Russian sidearm through WWI and on until 1930, when M1895 Nagant was declared obsolete. However it was still widely used and manufactured during World War 2.

Used by the NKVD, OGPU and some Red Army special forces during WW2.

The original revolver fired the 7.62mm Nagant is also known as 7.62×38mmR (Rimmed) or "Cartridge, Type R". The projectile is seated below the mouth of the cartridge, with the cartridge crimp sitting just above the bullet. When fired, the crimp expands into the forcing cone, completing the gas seal and ostensibly increasing muzzle velocity by approximately 75 ft/s. This meant it was one of the few revolvers you could fit a silencer to!!

The Original Nagant Revolver for comparison.

Here are a few shots of an original Nagant revolver I was shooting in Malta. 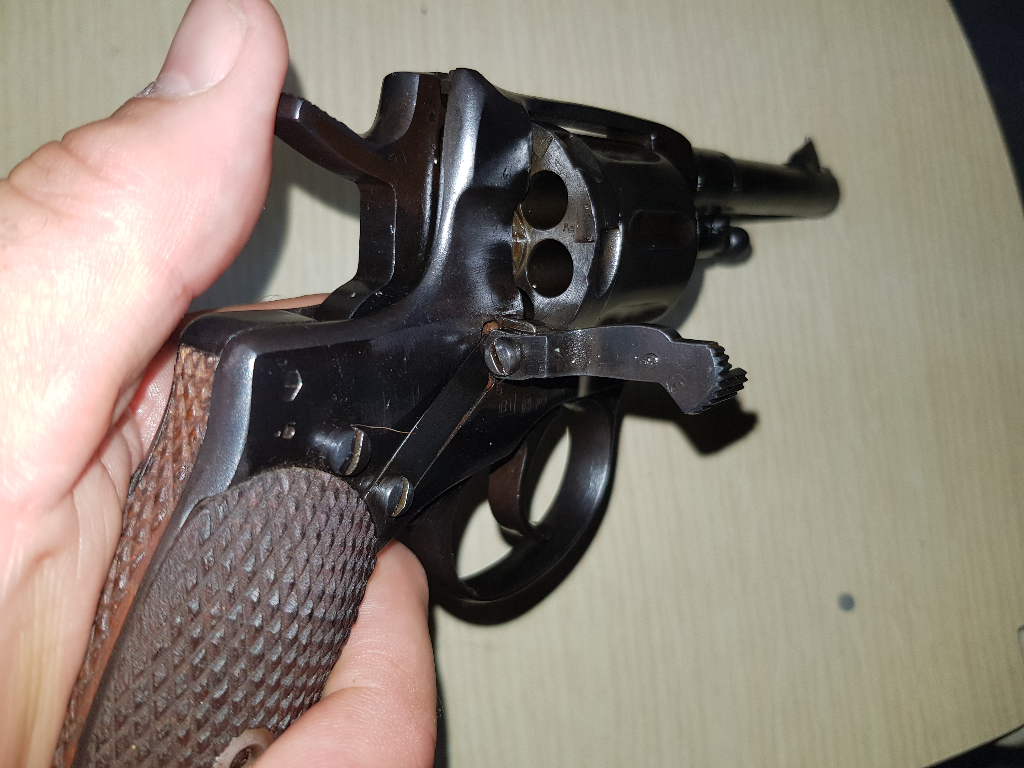 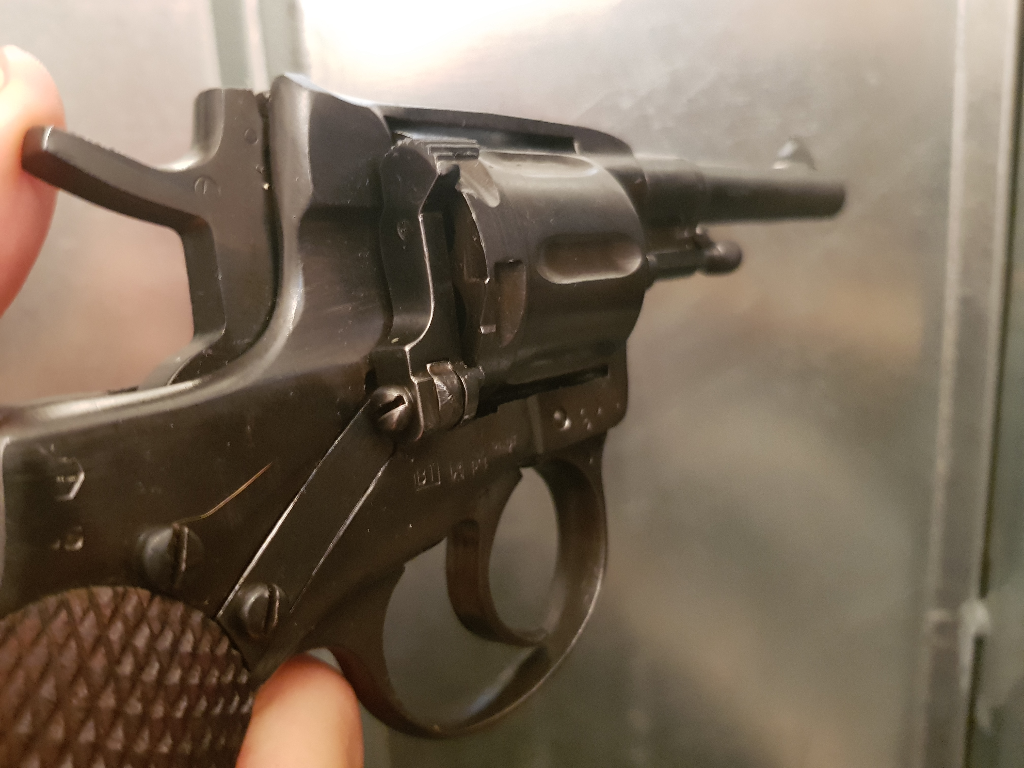 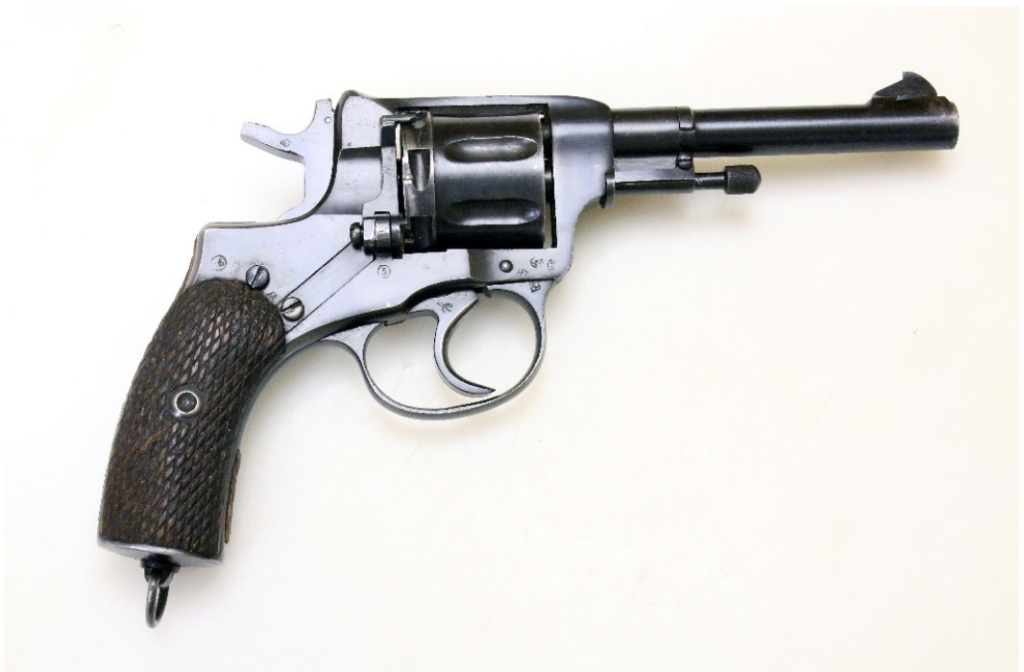 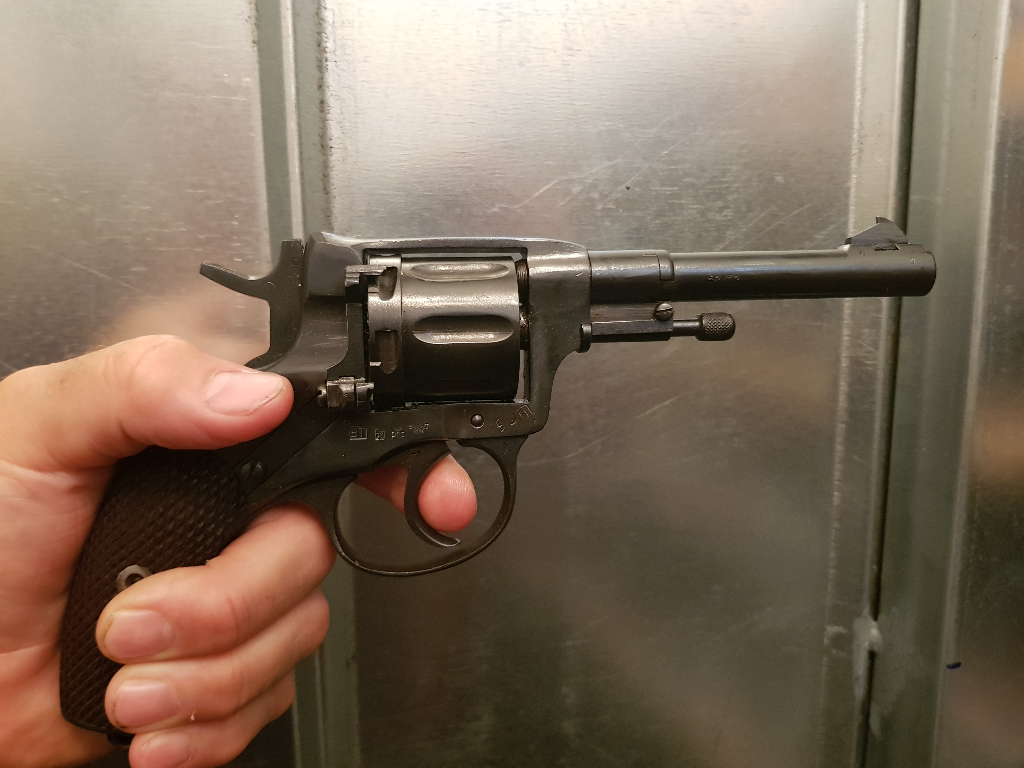